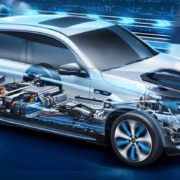 Time to 'e-think' the company car?